Since this is my first blog entry, I thought I would write about living with rosacea.

I was first diagnosed 15 years ago. I had survived adolescence without any major acne problem (just a few pimples and a greasy forehead and nose), but it wasn’t until my mid-to-late twenties that I started to develop these nasty red pimples, in rosacea terms referred to as papules and pustules. Of course, I had no idea what could have caused this, although people around me had been making little comments about me being sunburned. It also did not help that since childhood my face easily flushed.

Since I was in graduate school at the time, I had to see someone in student health. I took me awhile to make the appointment, so by the time I was being seen by this resident doctor, my rosacea had gone from bad to worse. For some reason, this doctor thought it was just some strange rash on my face and sent me home with some cortisone cream.

The redness and the skin cleared up within a few weeks, but when I went for my follow-up appointment, another doctor correctly diagnosed my condition as rosacea and told me to stop using the cortisone cream and gave me a prescription for metrogel and tetracycline. My facial redness actually became a lot worse as soon as I stopped using the cortisone cream (because corticosteroids actually make the skin thinner). It took me awhile to get the rosacea under control with metrogel and tetracycline.

I was able to keep my rosacea under control with the metrogel for many years. Off course, at least twice a year, I had to go back to my dermatologist for a new prescription. That became kind of a drag, as I had to rush after work to get to my doctor’s office, find a parking spot, and spend a good hour in the waiting room (all that extra stress cannot be good for someone with rosacea). Because of this and the fact that I worried about the build-up of antibiotics in my system, eventually I decided to give alternative rosacea treatments a try. I have used these alternative treatments with success for 3 years now.

Although my rosacea has been under control for 15 years now, I occasionally get flare-ups. Sometimes, these flare-ups seem to be coming out of nowhere. It is usually caused by eating some food item that is high in histamines or a combination of a particular food and stress. Also, too much sun exposure and change of the seasons can bring on these flare-ups. These flare-ups usually don’t last longer than 3-4 days.

Since diet is such an important influence on rosacea, I will devote a future post on this topic. I have also struggled with sunscreens for years. Going to the beach was never easy, especially dealing with the aftermath (bright red face). I will write about this in the near future. 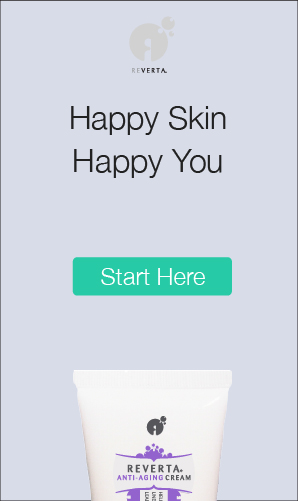 Since this is my first blog entry, I thought I would write about living with rosacea. I was first diagnosed 15 years ago. I had END_OF_DOCUMENT_TOKEN_TO_BE_REPLACED